Allan Grant Maclear Professor of History, the Conceptual and Historical Studies of Science, and the College

As well as being a professor in the Department of History, Adrian Johns chairs the Committee on Conceptual and Historical Studies of Science. He is the author of Death of a Pirate: British Radio and the Making of the Information Age (Norton, 2010), Piracy: The Intellectual Property Wars from Gutenberg to Gates (Chicago, 2009), and The Nature of the Book: Print and Knowledge in the Making (Chicago, 1998), as well as dozens of papers in the histories of science, the book, media, and information. The Nature of the Book won the Leo Gershoy Award of the American Historical Association, the John Ben Snow Prize of the North American Conference on British Studies, the Louis Gottschalk Prize of the American Society for Eighteenth-Century Studies, and the SHARP Prize for the best work on the history of authorship, reading, and publishing. Piracy won the Laing Prize and was selected as Book of the Year by the American Society for Information Science and Technology. Johns has been awarded Guggenheim and ACLS fellowships. Educated in Britain at the University of Cambridge, he has also taught at the University of Kent at Canterbury, the University of California, San Diego, and the California Institute of Technology.

“The Coming of Print to Europe.” In The Cambridge Companion to the History of the Book, edited by L. Howsam, 107–24. Cambridge: Cambridge University Press, 2015.

"The Information Defense Industry and the Culture of Networks." Amodern 2: Network Archaeology (2013).

Death of a Pirate: British Radio and the Making of the Information Age. New York: W.W. Norton, 2010.

The Nature of the Book: Print and Knowledge in the Making. Chicago: University of Chicago Press, 1998.

"Ink." In Materials and Expertise in Early Modern Europe: Between Market and Laboratory, edited by E. Spary and U. Klein, 101–24. Chicago: University of Chicago Press, 2010.

"Changes in the World of Publishing." In The Cambridge History of English Romantic Literature, edited by J. Chandler, 377–402. Cambridge: Cambridge University Press, 2009.

"The Identity Engine: Printing and Publishing at the Beginning of the Knowledge Economy." In The Mindful Hand: Inquiry and Invention from the Late Renaissance to Early Industrialisation, edited by L. Roberts, S. Schaffer, and P. Dear, 403–28. Chicago: Edita/University of Chicago Press, 2007. 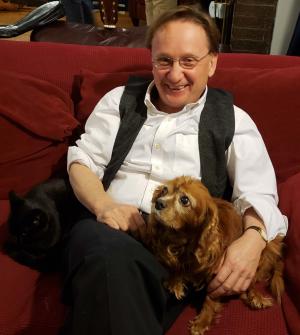