His current projects revolve around figures as diverse as Pierre Hadot, Joseph Soloveitchik, Michel Foucault, and Primo Levi, and around themes that range from the history of spiritual exercises and practices of self-transformation to the relation between Talmudic and philosophical argumentation, and the aesthetics, ethics and politics of improvisation. He is also currently working on a critical edition of the manuscripts of Zalman Gradowski. Gradowski was assigned to the Sonderkommando in Auschwitz---he managed to write one of the most singular and powerful accounts of the Shoah, from both an historical and a literary point of view, composed during the time of the events themselves. His manuscripts were buried under the ashes of Birkenau and discovered after the war. This edition (under contract with the University of Chicago Press) will be the first complete critical edition in English. Davidson's main publications are in French, Italian, and Spanish, as well as in English.

Series editor of the English translation of the courses of Michel Foucault at the Collège de France. Palgrave Macmillan, UK/USA. (This series will result in thirteen volumes.)

The Emergence of Sexuality: Historical Epistemology and the Formation of Concepts. Harvard University Press, 2001. (Translation into Portugese, Italian, Spanish and French with a new preface). - Link

Editor of Foucault and His Interlocutors. The University of Chicago Press, 1997.

Editor of Pierre Hadot. Philosophy As a Way of Life: Spiritual Exercises from Socrates to Foucault. Basil Blackwell Press, 1995. Link 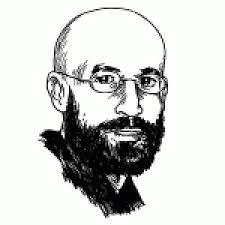