Karin Knorr Cetina is interested in financial markets, knowledge and information, as well as in globalization, theory and culture. Her current projects include a book on global foreign exchange markets and on post-social knowledge societies. She continues to do research on the information architecture of financial markets, on their "global microstructures" (the global social and cultural form these markets take) and on trader markets in contrast to producer markets. She also studies globalization from a microsociological perspective, using an ethnographic approach, and she continues to be interested in "laboratory studies," the study of science, technology and information at the site of knowledge production - particularly in the life sciences and in particle physics.

Knorr Cetina is interested in dissertations having to do with finance and markets, science, and information, and globalization and post-social theory, that is attempts to theorize the role of (material, epistemic, consumer, artificial) objects in social life. Current dissertation students work, for example, on global debt relief technologies and software systems produced within the framework of international organizations, and on the conception, use and production of social robots in different countries. These students use an ethnographic approach to better understand the theoretical and cultural construction and the various dimensions of the respective domains.

2011  (Ed. w/ A. Preda) Handbook of the Sociology of Finance. Oxford University Press.

2010  The Epistemics of Information: A Logic of Knowledge Consumption. Journal of Consumer Culture. 10(2):1-31.

2005  How Are Global Markets Global? The Architecture of a Flow World. In Knorr Cetina & Preda, eds., The Sociology of Financial Markets.

2001  Transparency Regimes and Management by Content in Global Organizations: The Case of Institutional Currency Trading. Journal of Knowledge Management.

2000 (w/ Urs Bruegger) The Market as an Object of Attachment: Exploring Postsocial Relations in Financial Markets. Canadian Journal of Sociology. 25(2): 141-168

1992 The Couch, the Cathedral and the Lab: On the Relationship between Experiment and Laboratory Science. In A. Pickering, ed., Science as Practice and Culture. University of Chicago Press.

1981 The Manufacture of Knowledge: An Essay on the Constructivist and Contextual Nature of Science. Oxford: Pergamon Press 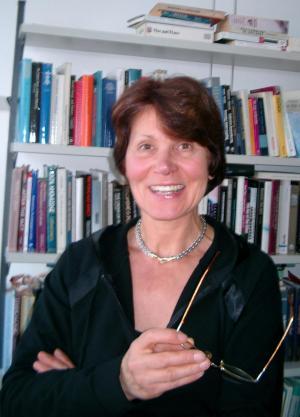