Director, Morris Fishbein Center for the History of Science and Medicine

Faculty Member and Steering Committee, Institute on the Formation of Knowledge

Senior Fellow, Society of Fellows in the Liberal Arts, the College

I do research on history and philosophy of biology and psychology, as well as on German Romanticism. This includes particular interest in evolutionary biopsychology, ethology, and sociobiology. Concerning philosophic and metahistoric problems, I have argued for a revaluation of evolutionary ethics and have developed a natural selection model for historiographic analysis. My first book treats evolutionary theories of mind and behavior. That history discusses the period from the late eighteenth century to the present, but particularly focuses on the work of Charles Darwin. Other figures that receive major attention are Herbert Spencer, George Romanes, Lloyd Morgan, William James, James Mark Baldwin, Konrad Lorenz, and Edward O. Wilson. In another book, I have traced the gradual alteration in meaning of the concept of “evolution” from the seventeenth century up to Darwin and contemporary neo-Darwinians. I argue that Darwin's own theory has a radically different character than usually thought. In another vein, I have written a history of German Romanticism during the period 1770-1830. I argue that the German Romantics held that aesthetic approaches to nature and scientific approaches were complementary, and that this conception had a powerful impact on both the art and biological science of the period. Among the figures considered are Novalis, the Schlegel brothers, Kant, Schelling, and Goethe. German evolutionary theory is the subject of my next book, with a special focus on Ernst Haeckel; he was supposed to have committed egregious fraud and produced theories that led to the rise of Nazi biology. I dispute both of these contentions. The connection between evolutionary theory and Hitler's biology is the subject of a book that examines controversies in the historiography of evolutionary biology. Recently, Michael Ruse and I have embarked on an historical and philosophical consideration of Darwin's accomplishment—we disagree profoundly. I teach courses on all of the above topics, as well as courses on the philosophy of history and ancient Greek philosophy and science.

Was Hitler a Darwinian? Disputed Questions in the History of Evolutionary Theory. Chicago: University of Chicago Press, 2013.

The Romantic Conception of Life: Science and Philosophy in the Age of Goethe. Chicago: University of Chicago Press, 2002. Gordon J. Laing Prize, 2003.

The Meaning of Evolution: the Morphological Construction and Ideological Reconstruction of Darwin's Theory. Chicago: University of Chicago Press, 1992; paperback, 1993.

Darwin and the Emergence of Evolutionary Theories of Mind and Behavior. Chicago: University of Chicago Press, 1987; paperback, 1989. Winner of the Pfizer Prize in History of Science.

"The Beautiful Skulls of Schiller and the Georgian Girl: The Quantitative and Aesthetic Scaling of the Races, 1770–1850." In Johann Friedrich Blumenbach: Race and Natural History, 1750–1850, edited by Nicolaas Rupke and Gerhard Lauer. New York: Routledge, 2018.

"The Impact of German Romanticism on Biology in the Nineteenth Century." In The Impact of Idealism: The Legacy in Philosophy and Science, edited by Nicholas Boyle, 235–42. Cambridge: Cambridge University Press, 2013.

"Nature is the Poetry of Mind, or How Schelling Solved Goethe's Kantian Problems." In Kant and the Sciences, edited by Michael Friedman and Alfred Nordman. Cambridge, MA: MIT Press, 2005.

"The Relation of Spencer's Evolutionary Theory to Darwin's." In Herbert Spencer: The Intellectual Legacy, edited by Greta Jones and Robert Peel, 17–36. London: The Galton Institute, 2004.

"Did Friedrich Schelling Kill Auguste Böhmer and Does it Matter? Or, the Role of Biography in Intellectual History." In Biography and Historical Analysis, edited by Lloyd Ambrosius, 133–54. Lincoln: University of Nebraska Press, 2004.

"The Evolution of Mind, Behavior, and Emotions." In Cambridge Companion to Darwin, edited by Jonathan Hodge and Gregory Radick. Cambridge: Cambridge University Press, 2002.

"Kant and Blumenbach on the Bildungstrieb Historical Misunderstanding." Studies in the History and Philosophy of Biology and Biomedical Sciences 31, no. 1 (2000): 11–32.

"The Epistemology of Historical Interpretation: Progressivity and Recapitulation in Darwin's Theory." In Epistemology and Biology, edited by Richard Creath and Jane Maienschein. Cambridge: Cambridge University Press, 1999.

"Darwin's Romantic Biology, the Foundation of his Evolutionary Ethics." In Biology and the Foundation of Ethics, edited by Jane Maienschein and Michael Ruse, 113–53. Cambridge: Cambridge University Press,1999. A briefer version of this article has been distributed as the Stiernotte Lecture for 1997.

"Charles Darwin." In The MIT Encyclopedia of the Cognitive Sciences, edited by Robert A. Wilson and Frank C. Keil. Cambridge, MA: MIT Press, 1999.

"Resistance to Constructed Belief." In Questions of Evidence, edited by J. Chandler, A. Davidson, and H. Harootunian. Chicago: University of Chicago Press, 1994. 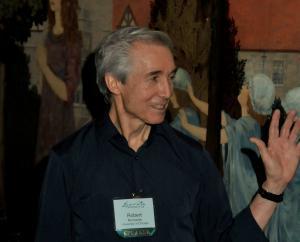